One part focuses on assisting young women in completing secondary school – and giving a chance at higher education with our scholarships.

The other part invites young women to participate at our own Vocational Training Centre – where they during a 1 1/2 year educational program gain the knowledge of design, colouring, tailoring and small scale business entrepeneurship. The first level students learn basic skills and second level students focus on production and business skills – and run their own small shop. Here they sell their products and make money while learning.

– This program gives young women real chance to create a better future for themselves!

Tanzania is still mainly a male dominated society. A number of distinctive traditions and customs unfortunately continue gender discriminatory attitudes that inhibit young women to develop themselves freely and make their own choices for their lives.

There are now many women’s groups and organizations in Tanzania who fight for women’s economic, social and political rights – and they show each day that the efforts and commitment pays off. Tanzania’s government has focus on women’s rights and several of the ministers is women. There is still a long way to real equality for the main public in Tanzania, which in particular applies to the large, poor part of population.

where they are likely going to have children at a young age. These girls – in some cases as low as 12 years of age – are often deprived of their basic rights and opportunities to continue any education and live an active, free life. Most often they are detained in very low paid manual work. For some, it is abuse that has led them to become pregnant, for others it is due to the social and economic situation of their family.

We are convinced that important step for a general economic development of society and especially focus on women rettigehter, also lies in making each of these vulnerable groups able to believe in themselves and manage their own lives.

The desire and goal is that the women individually or organized into groups are able to support themselves and be independent of the other family’s will and / or social and traditional solutions.

The vocational training centre is for 2020 closed but hopefully it will open again in 2021. 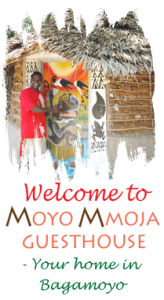